Trip to see the Sea Lions and Seals

We decided jthat since the rain finally stopped and the sun came out to go for a drive to Simpson Reef and bay.  You could sure hear the Sea Lions and Seals bark even though we were quite long way away.  It sure is beautiful in this part of the world and I have seen a lot of things that I have never seen before.  I am really enjoying my trip. 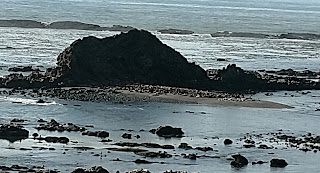 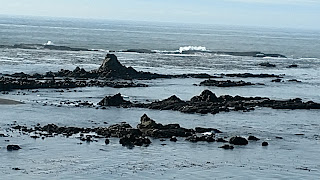 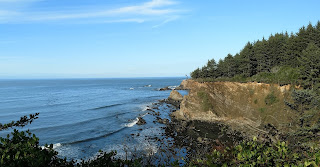 We had a nice guy offer to take our picture it turned out pretty good. 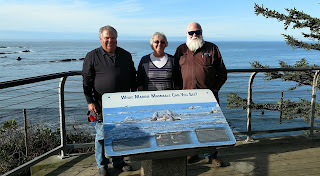 We continued up the coast and went to Clarkston OR where they farm raise oysters I bought a pint for $4.87 which was very reasonable to say the least. 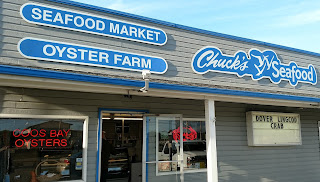 On Saturday with the sun shinning we head for Port Orford to go crab fishing there were a lot  of crab boats docked on the pier waiting for the commercial crab fishing season to start.  The season begins January 1st.  Soon the pots will fill the pier and the boats will be hoisted into the water. 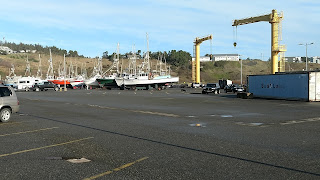 On the North side of the peer there was a Gray whale and her calf. I tried to get a picture of her when she was up and out of the water but by the time I spotted her it was too late to get the photo. I was able to get a photo of her blowing the water out of her spout. 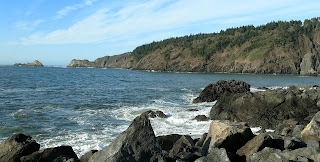 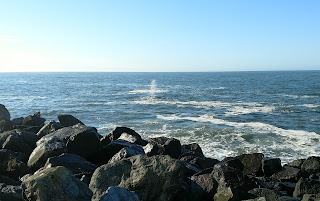 We finally were able to do some crab fishing. We caught about a dozen but only 2 were keepers they have to be 5 3/4 inches across the shell to keep them. It was a interesting day and a lot of fun. 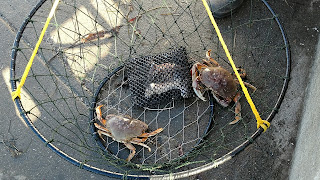